It’s little surprise to most that the UK is still in the midst of a housing crisis. Since the financial crash of 2008, it’s been on the lips of most politicians to some degree, and with every Budget or major announcement, discussions have been a key feature.

The theme that runs through everything, however, is enough homes aren’t being built. The government’s 2017 Housing white paper highlighted the need to increase housebuilding to 300,000 homes a year by the middle of the 2020s.

As a standalone figure, we can take this at face value. 300,000 homes is how many we need to build and that’s the figure to deliver.

However, as the Chancellor explained in the 2017 Budget, building 300,000 homes per year would represent a near 78% increase on the number of houses built in the 2015/16 year. That’s a considerable difference and a huge deficit to counter.

And one of the concerns many have is the saying this needs to happen is one thing, but actually delivering it is another. It’s generally felt that these targets simply aren’t achievable without the support from everyone in the industry, from the smaller regional housebuilders through to private investors.

But one of the points we so often see being missed is this isn’t a case of simply building bricks and mortar. It’s not just about finding blocks of land, quickly developing the houses and selling them.

It’s about building the right homes, in the right locations, that meet the genuine needs of the homebuyer. These needs differ considerably and have a huge number of variables based on everything from hyper-local location requirements right through to seemingly indirect factors, such as the surrounding commercial environment.

This is arguably more apparent in the North East than it is anywhere else in the country. The North was traditionally seen as the poor relation to the South, but we’ve seen a growing change in demand for properties in North, led at least partly by changing demographics.

The North East in particular is fast becoming home to some of the most sought after postcodes in the country.

The most recent indication of this was in Savill’s 2018 Residential Property Forecasts. Predicting a comfortable 4.5% rise in property prices over the coming five years in London, the once centre of soaring property prices is eclipsed by predictions of 17.6% for the North East and 20% for the North West and Yorkshire.

And this is exactly what we’re doing at Homes by Carlton. We're launching an exclusive collection of new build homes at Middleton St George in spring 2020 with another exclusive development of new homes at Thorpe Thewles to follow in autumn 2020.

As an experienced, award-winning housebuilder, we understand the requirements of home buyers in the North East. From professional couples to large families, we appreciate how the needs can differ - often substantially so - and ensure we deliver to achieve the highest levels of customer satisfaction possible.

Every housebuilder in the country can play a role in tackling the housing crisis, but it’s smaller, regional house builders who can go above beyond. We have our roots steeped in the North East and we know the demands and requirements of the local areas.

Having always been strong advocates of the region, we are undoubtedly excited by the future prospects as a whole. Rapidly becoming one of the most coveted areas of the country to live in, it’s clear the demand is currently outstripping supply in every sense.

From starter homes through to homes for expanding families, the North East needs more quality homes, built for living - and tackling this head on, this is exactly what we provide at every single one of our sites. 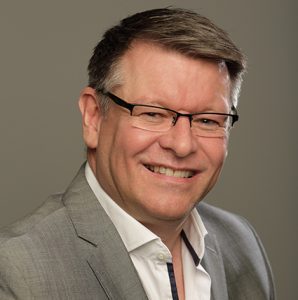 There are no related Articles...

Back to all blog posts

Don’t miss out on your dream home

Sign up to be the first to hear about our latest releases, news and offers